Whether it’s a one-liner, a short paragraph or an entire article out of a newspaper, that you haven’t created a thread for and don’t plan to do so either: The Pacifican News Network collects all important headlines and articles from all throughout the region - politically non-aligned with the sole goal of spreading information to everyone.

Participate too by creating your first headline or publishing one of your lesser-known newspapers’ articles in this successor to the previously successful “Flash News”!

The Ministry of Defence has approved Additional Production of the SH-25A “Zimniy Yastreb” Stealth Jet, a Stealth Fighter developed from a joint development with Songhua and Elfad.

In a royal council meeting, an edict was proposed to reopen communications with the Ryccian Junta

The Defence Minister visited a draft administration center and a draft boot camp of the military as the draft for the “National Service” was implemented on the 1st of September. Many have opted for a communal service in hospitals, kindergartens, volunteer fire brigades, etc. instead of the military.

The Peony of Huawan gifted a highly expensive silk cloth with golden and jade threads to the Esfalsan President Northop and Chancellor Herdes.

Dr. Tæren, Minister of Foreign Affairs, explained the stance of the Efladian government on the Frost expansions:
“We [ed. the government] do not recognize the expansions of sea borders by the Frost Empire and we will consider the 12 nautical miles border, which was used before the passed bill and is regulated by the international law, as the legitimate naval territory of the Frost Empire.”

The Gianlucian ministry of foreign affairs has commented, that the Frost expansion of territorial waters is potentially not in line with international law and thus is not seen favourably. Still Gianatla will tolerate the new claims as long as they are not enforced militarily and civil foreign ships can conduct their business as usual.

A man in Tranivia has sued a Monkey because it broke into his house, opened his fridge and stole his half-eaten peanut butter jar.
The monkey did not show up for the trial. The court granted the man nothing.

Ikaranarean head Governor Gorovo Alertz has 2 years left on his term. He, however, has made a recent statement stating that “it is doubtful” that he would run for re-election. This is despite recent polling which informs that over 55% of Ikaranarean respondents saying they were “likely to vote for him again” while another 15% said they would “not be opposed to his reelection.”

Dr. Italī will have a state funeral due to the extra-ordinary situation. The funeral is planned for the 17.09.

The Efladian police has been on the tail of the last FFs figurehead. They have contacted the Gianatlan police as they believe that he escaped to Gianatla.

Professor Deandral Katkov-Ipsiu from the Aelbasan State University published a column regarding the situation in Frost. An excerpt of which could summarize the publication;

“If looking from the government’s (Viliakmon) perspective, it should be a worrying sign that the Concordia Entente has not responded directly to threats made against Frost by Ryccia. Even if not supportive of this particular policy in Frost, anyone would expect other CE members to at least condemn threats of an actual invasion.
[…]
In a cruel irony, it appears to the naked eye that Viliakmon, which is merely following its’ principles, is actually allied to Frost more than the CE is. This observation is something neither governments would approve of. Yet again, it is not their fault, but the inactivity of CE […]”

Spiras has given less than favorable views surrounding the extension of Frost Waters, which now encroach on Spiras’s National Waters, however, Spiras with its Navy in tatters, can no longer enforce its own waters. Emeraldian Naval Officials has dispatched the 1st Fleet to enforce its allies National Waters while Spiras rebuilds its fleet.

An animal rights and protection edict proposed by The Peony and the People’s Representative was passed. Which would criminalise animal abuse and further protect animal rights.

In other news The Royal Palace announced The Peony’s recent adoption of a pet cat, named “Dorayaki” 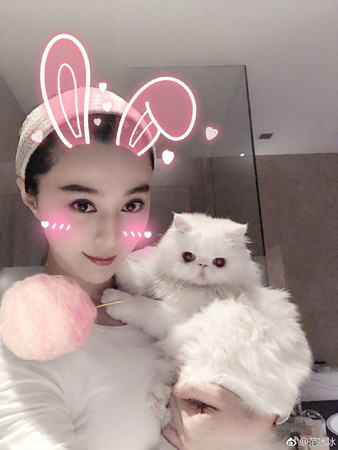 The Western Brient Regional Library is being closed for renovations after footfall has significantly decreased over the recent years. The estimated time of completion, according to the Council of Libraries, the national agency that regulates public libraries throughout Besern, for these renovations is a year. Its contents will be moved temporarily for the duration of the renovation, however there is no information on the new location as of late.

The Supreme Court of Transsuniera has concluded that it would not be against Transsunerian law for an allied nation to base or store nuclear weapons on Transsunerian territory. The case was submitted by the “Save the Corals” moment after they learned that Sedunnic fighter aircraft are capable of carrying nuclear missiles, which regularly operate from Transsuneria as part of the guarantee of independence from Sedunn.

The Eight Monasteries in Prilyep have published an official translation of “The Holy Scripts” in Austral, following deciphering its’ contents the from archaic versions of Montacian and Aegean languages. The translation has been confirmed as authentic by other international churches.
In accordance to both Viliakmoni tradition of opposing Copyrights, favoring Creative Commons in its’ stead and in the spirit of Holy Scripts themselves, the publication is free. The digital version is available for reading and printing on the official site of Prilyep.

The Ikaranarean Shield Surfers (Marines) to perform a practice Amphibious invasion of Akon Island Sept. 21st. Navy scheduled to train in the area next day.

In other news, Ikaranara to allow all Pasten students to attend college in Ikaranara and attain a permanent Visa upon their graduation whether they wish stay in Ikaranara or not.

Construction of a new Armada class aircraft carrier, the INS Supremacy, has been completed.

Multiple gunshots have been heard near the residence of Hazelia’s first governor Honninn. Photos of tanks driving towards Jufutu’s city centre have also been shared on Stream.