This is a topic dedicated to write information about the thalapadian civil war, it’s consciences and related events. Everyone can write here events and actions related to it

Valentinos Antonides walks on the stage, and gets to his lectern. He adjusts his microphone and starts talking:

Countrimen, we’re all still in disbelief. Thalapadians and Rykapadians have lived together in peace ever since the revolution, but it seems that has now changed. There’s currently no peaceful solution to this. Thalapadis is at war. The battle of Thermopetri will start in just a few hours. The odds are not in our favor for this battle, our soliders are outnumbered and outgunned. Reinforcements won’t arrive in time most likely, but we are hopeful that our defenders will last until support arrives. The grand fleet is being sent, lead by admiral Athena Antonides, to blockade the island and support our troops. Any Violation of the blockade will be punished, and the vehicle intercepted and boarded. This is to stop foreign support being sent to the seperatists. Multiple corps of marines shall be stationed in the fleet to reinforce land troops.
(Ooc: the thapapadian marines are larger than their official land army and pretty much serve as a land army most of the time, result of Thalapadis’es naval culture)

Tho our armed forces are strong, we’re lacking in one key regard. The thalapadian air force is severely outdated and relatively small, as the aircraft from the notilamini initiative are yet to be transported and become operational. We request air support from our allies, partners, and everyone who supports liberty and democracy in this world.

Thalapadis has once fought these people and defested them, and so we shall do again. My next adress should come soon. The news and other politicians shall keep the world updated

The request from Thalapadis had reached the 1st Fleet In New Colradia, The Adm. contacted HighCom if the 1st Fleet could engage. HighCom said yes. He then contacted the Thalapadian Government if the 1st Fleet Could assist in air cover via the Joshua III. While he waited for a response, He estimated he could get there in 2 days if he pushed the engines.

The response from the Thalapadian government comes fast, the 1st fleet is allowed to come and aid with air coverage

“We have the go ahead by their Government! Ahead Full. This Is Mon 3 to Nova Command, 1FF and Escorts are leaving for Thalapadis, Adm. Smithson Out.”

“This is Nova Command, You are cleared for departure Monarch 3, over”

The Joshua III slowly begins to leave New Greenston harbor, careful to avoid the GW sunken Andrika CV-04. Following her include a battlecruiser, a handful of destroyers and under the water, 2 subs. Its time for Emerald to begin giving help, instead of ask for it.

The battle for Thermopetri is over, thapapadian forces, severely outnumbered, have evacuated the city and joined with the larger force in the north of the island. All willing civilians have been evacuated. The battle lasted for 3 days, in which both sides suffered surprisingly light casualties.

Reports arive of civilians of thalapadian nationality being taken away and executed by the seperatists. A precise number can not be given, but it’s at least in the hundreds

A great crowd has gathered in front of the royal palace. Van Mathis is holding a speach.

“Brothers and sisters, today is a day of glory. We have successfully taken over our historical capital, in which we are standing right now. The war isn’t over yet but that is no reason to not celebrate. Today the old state shall be revived, as I, Van Mathis, son of the last royal advisor and by that the highest ranked living noble, declare the creation of the Kingdom of Neufolk, with me as it’s regent!”

The crowd cheers to the anouncement

"My first act as regent shall be the return of the old social order and cast sistem. Thalapadians, Ageefolk once more, shall be subservient to Neufolk as they ware during the monarchy. I also call for all curent heads of noble houses assemble here in the royal palace tonight at 20:00, to chose the new monarch. 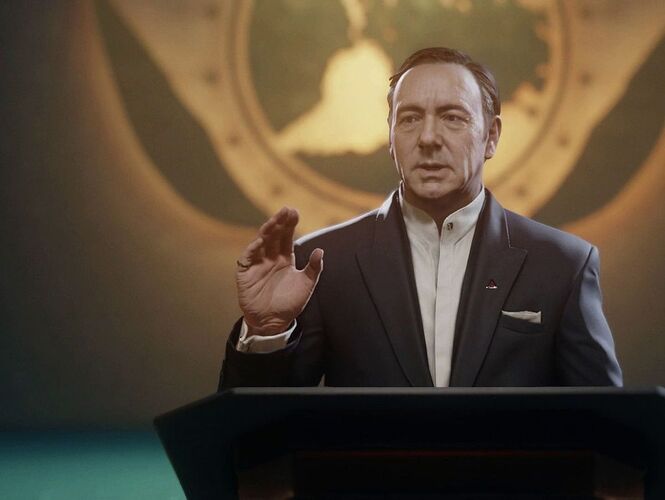 40 fighter jets are preparing for Operation Eyestabber, an air assault on Central Rykinisi. They await orders to begin their mission.

16:10 Ryccian Federation airspace (and beyond)

The Ryccian strike group begins its mission to provide air support to the Thalapadian government. The fighter jets have struck the targets requested by the Thalapadians with no casualties. Air superiority has been achieved.

Thalapadis’es navy starts naval bombardment of enemy positions. The TCRN Poseidon’s 18 inch guns roar to life, this is their first time being fired since the republic was established. Each shell hits with the force of a bomb, destroying it’s target

The Rhaynan Navy takes routes from ports all around the coast of Lake Kryó and Kaly Théa for surveillance of routes towards Thalapadis, being specially cautious about Pelinese and Doge Landian vessels.

After hours of shelling and bombing to soften up the enemy, thalapadis orders the forces to move in. Operation eyestaber is officially under way. The forces will aproach the mountain from 2 sides, sorounding the military base and radar. Climbing up the mountain under fire doesn’t prove easy tho, the forces are moving slower than expected, but within acceptable margins 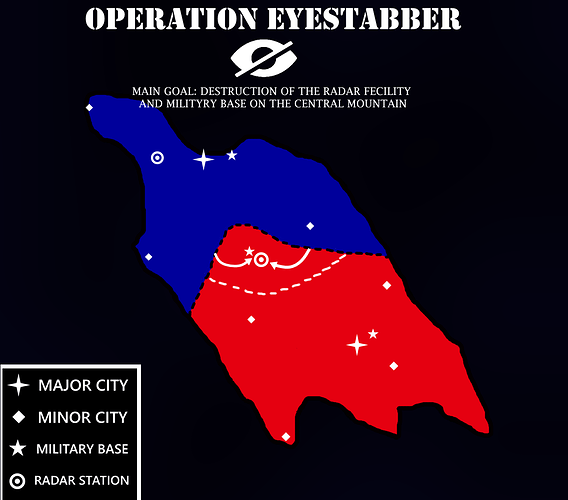 The Kliegmean PMC “Veritas” has offered the Thalapadian Government its support, stating that they cannot accept the Genocidal maniacs holding any more ground. They then stated that if Thalapadis does not wish for their support via combat, they will be happy to sell reserve ammunition and weapons at a fair price.

Thalapadis accepts the weapons selling, stating that it does not need more troupes on the ground but that more ammo is always good

Messages come from the battlefield. The thalapadian armed forcess have successfully disabled the radar base. The military base is still holding but expected to fall today

[PMC EXilitary can now be spotted by other actors]

An Armada has been observing development of the situation in Thalapadian waters. It has not entered the territorial nor contiguous maritime zone of Thalapadis.
The ships are marked by two flags, a black one, seen before on Government Island and a green one, seen before near Emerald-Denver.
The captain has stated by radio that they are a private company, hired by a corporation, sent to examine the resource potential the body of water has and whether it would be profitable.
He hasn’t identified himself, raising suspicion about the truthfulness in his transmitted statement.

“Foreign ship, this is the TCRN Poseidon” Says admiral Athena, leader of the fleet doing the blockade, “you are approaching a active war zone. You are in the thapapadian EEZ and because of that have no right to exploit our resources without being allowed by the government. We are requesting of you to transmit us the confirmation.”