ProfessorHenn for Minister of Culture 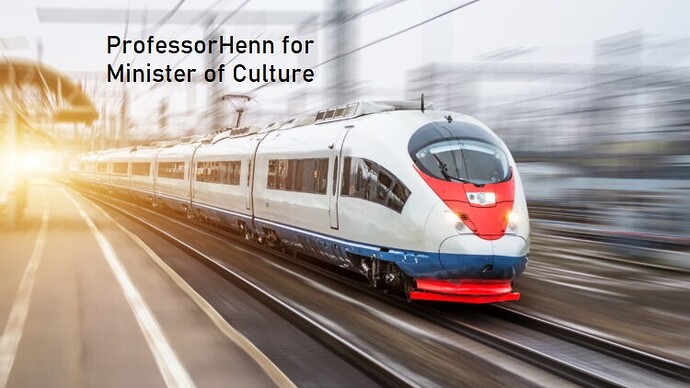 Greetings. I’ve returned to run for this esteemed position once again. It is my express hope that we are able to effect some good motion forward after this election, and thus, I present my ideas for your consideration.

Culture continues to be the cornerstone of what makes the South Pacific great. My only other region is Selene, where I serve in an advisory role, and so I can dedicate myself to this role greatly. Thank you for reading. Let’s keep working.

Hey I have a couple quick questions and comments!

Anyway, thanks for your time, good luck!

The title of number 3 already gives you a point in my direction. Any Dr. Strangelove fan is a friend of mine. God I love this nerdy ass site. Anywayyyy

Legislators, you can’t deliberate here! This is the Great Council!

) but would there ever be any consideration made towards joint RP between the site and forum? I’ve seen some really successful RPs run with a forum or discord aspect, would this ever be an idea to be discussed?

Gameside NationStates and our forum are two entirely different beasts. Joint RP between the two would be a really difficult prospect to pull off successfully, and I don’t think it’s something worthy to really commit to, but I’m open to working on it with the community if there’s a strong pull towards that.

What ideas, in more specifics, do you have for adding more engagement and innovation on the new forum? I wouldn’t ask, but your point one is pretty vague and I’m curious

I left it vague deliberately, but my primary thought is that we would pull them out for the 20th Anniversary Celebration, and maybe maintain them as a weekly or monthly event afterwards if it proves to be popular. That particular brand of innovation is something I’m not very good at, but we have a very capable staff in the Ministry, and I have full confidence we will be able to organize some good events.

For additional engagement matters, we would have to work with the respective Ministry.

Let me say this:

ProfessorHenn is the candidate to vote for. I cannot express how much of a nice, caring person they are. A dedicated MoC staffer, and such. As Minister, it was a pleasure to have been able to work with ProfessorHenn and I hope they are elected Minister when time comes voting!

What will you do about the MoRA Chicken?

She will be restored to her rightful throne, in a small ceremony conducted by Ministry staff.

Nah I’m just kidding. We’re going partying in the Seaport if I win.

So…you support the re-creation of MoRA?

the re-creation of MoRA?

Yes, I do. Kris is referring to an old joke from the first time I was elected to the Cabinet, though.

This is where we part ways…while I’m not totally opposed to the recreation, I do think that (for now) it’s better for the Ministries in charge of event planning and technology and welcoming, stay separate.

This is a better conversation in the Great Council or Assembly, rather than a campaign thread.