The First Sunlandic War, also known as to 50 Years War or the Krestin War, was a military conflict between states within the First Sunlandic Confederation from 979 to 1029. The conflict was caused by growing dissatisfaction amongst the nobles regarding the authoritarian rule of the House of Ruchsen, who wished to place the confederation under their full control.

The House of Ruchsen, however, did not heed to the First Peace of Aezenville, which led to the Second Sunlandic Wars in 1054, which saw the realms controlled by the House of Weibnen, the House of Hoffs, and the House of Gotha gain full independence from the confederation.

Ruchsen Domination
The First Sunlandic Confederation was formed in 812, when several nobles within the Sunlandic highlands swore fealty to Arnold, then ruler of Sunveria, the largest of the Sunlandic realms, and the founder of the House of Ruchsen.

After the formation, the First Sunlandic Confederation expanded its borders via conquest. Under the campaigns of 815 Arnold conquered the Granian realms, as well as Weibnen in 822.

Through the years, the House of Ruchsen became more and more domineering in their authority. With most non-Sunlandic, or more precisely non-Ruchsen, realms having little to no authority within their own borders. This caused discontent amongst the nobles, especially within these non-Ruchsen realms.

Ascension of Arnulf of Sunveria 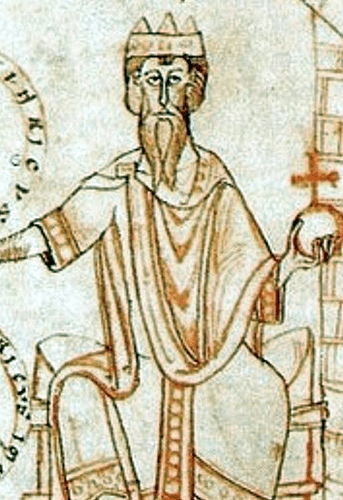 In 962, Arnulf was elected by the Confederate Senate as the Regent of the Confederation. His election sparked protest from the other Houses, as they were not informed of the election.

Similarly, his predecessors also used this strategy to make sure the other Houses do not gain prominence within the Confederation. While in the past this was met with little to no resistance, this time the other Houses fought back, much to the Ruchsen’s surprise.

The Krestin Demands
The ascension of Arnulf angered the other Houses, as his election was not informed to the other Houses, meaning they weren’t aware of the election. One of these Houses was the House of Hoffs, who ruled the areas of Grania and Krestin.

The then Duke of Krestin, Henry, made demands towards the ruling House of Ruchsen regarding the rights of the other Houses within the realm amongst others in late 978, posting these demands to the front gate of his castle. He then called the ruling Ruchsen that if they didn’t heed his call, Krestin would no longer swear fealty to the Regent.

In 979, after falling out completely with the Ruchsen, Henry declares his small castle and it’s surrounding villages independent from the Confederation, making Krestin the first realm to declare it’s independence from the Confederation since it’s creation. The Regent, Arnulf, would later send his brother John, then Duke of Sundasval, to subdue the rebellious Henry. This event would spark the First Sunlandic War.