State of the Assembly — End of Year Report 2022

There was only one vote this month, that being on an amendment to update the Times Act to fit the newer forum.

According to the Legislator Committee Act, in order to keep their legislator status, legislators must have voted in at least half of all votes in each month (given that there were at least two votes in that month), as well as maintain a nation in the South Pacific. Since only one vote finished this month, legislators needed only to maintain a nation in the South Pacific to keep their status.

This year has been quite eventful for the Assembly of the South Pacific—Local Council abolishment debates, the commencement of a Great Council, and a plethora of resignations. (Un)fortunately, we managed to not pull out pistols and duel to the death after a gruelling argument, no matter how cool that is (just ask Aaron Burr).

Some hard-hitting stats: This year, there were 48 discussions introduced to the Assembly, by a coterie of 18 unique proposers. Of those discussions, there was a slight majority of 24 constitutional matters brought forth, and the vast majority of bills—25—were amendments to existing legislation. Only 2 original Acts of Assembly were introduced.

Of these discussions, only 2 failed—55% was passed by or received the Assembly’s consent, and 38% were either archived/closed or revoked. There were 33 votes, and 1 discretionary edit from the Chair.

The Assembly was at its highest membership this month, at 103 legislators; the average was 72. The highest voter turnout was 52 legislators present, with A2201.05 and A2201.06 tied; the average being 44 present.

Below is a bunch of charts that took way too long to make and contain extra data not discussed here. You can open the images in a new tab for a higher image quality. Some terminology is used that might be confusing to some:

Anyways, Happy New Year’s to you all—here’s a free complimentary drink along with some cake for all you legislators out there! 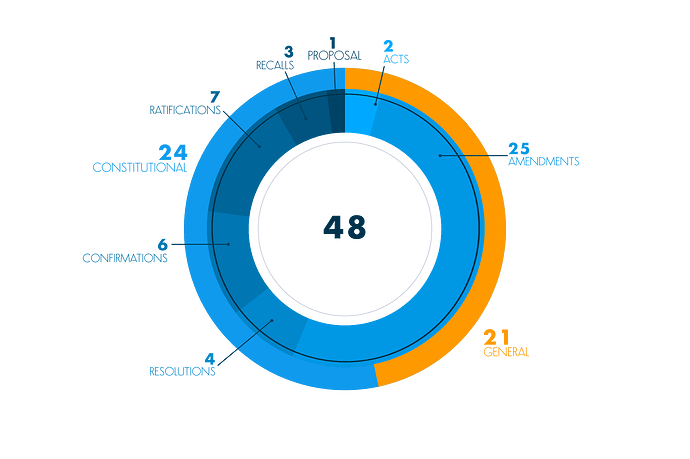 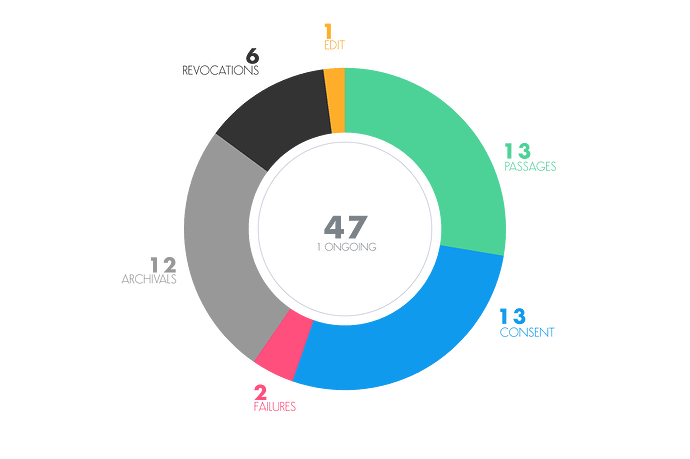 Discussion Results
Results of every discussion. 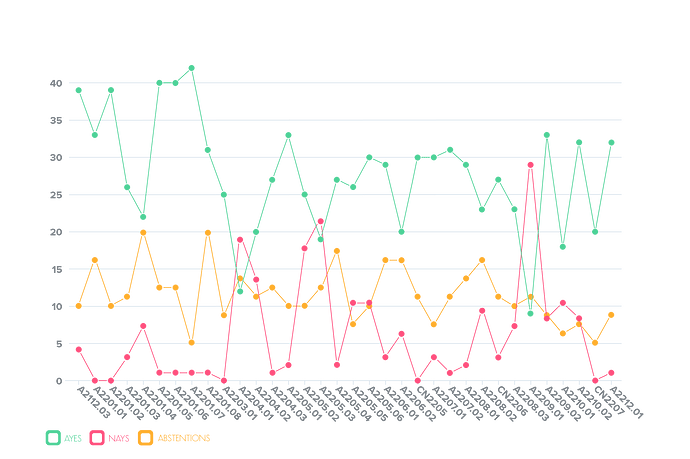 Votes
Tracks the number of ayes, nays, and abstentions per Assembly vote. 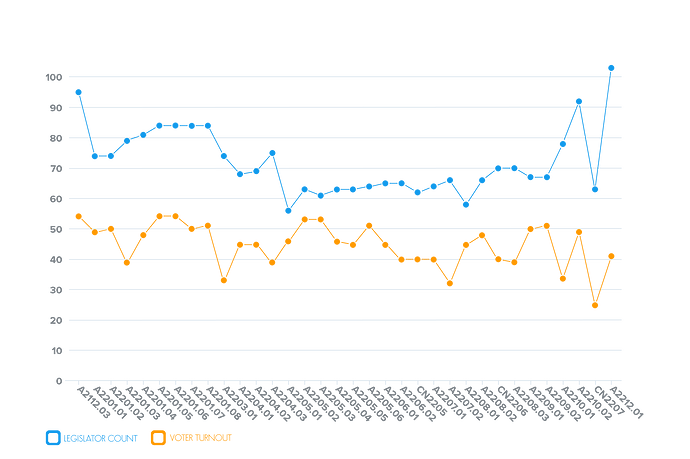 Legislator Count
Tracks the legislator count and turnout for each vote.

All Legislators recommended for removal by the Chair have had their legislator status revoked by the Legislator Committee.

Topic closed. Further inquiries should be done via the Office of Assembly Affairs.