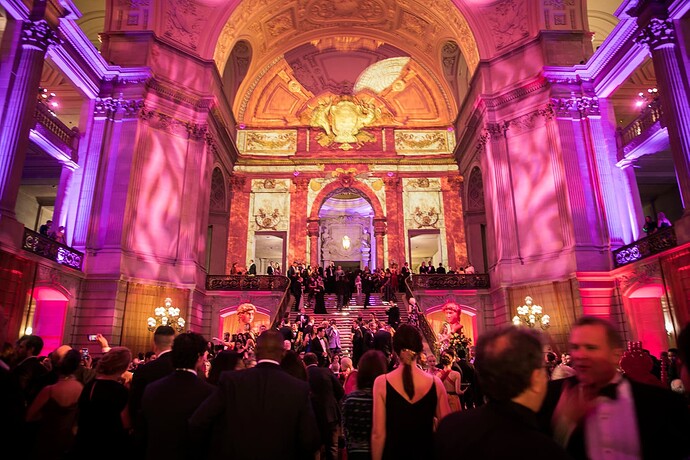 Darach Albright, the Maitre’D of Cafe Sonata was busy with the preparations. Hundreds of people bustled around Cafe Sonata for The Peony’s SPOOKTOBER Gala party. “Spare no expense!” Caitlin said, as Darach saw her eyes shine with the amount of money and prestige they would get for further exploits. Indeed, Cafe Sonata was a secret location for clandestine meetings, “sacred common ground” and “the best place for drinks in the entire region.”

He continued to shuffle around his papers and preparations, making sure the ballroom gala for the Spooktober party was excellent and fantastic. Lady Caitlin is staking her reputation on this party, and it is up to the ever perfectionist Darach to oblige as her butler.

He looked at his clipboard and saw a note written in pen, attached to it was a orange pumpkin candy bar. He saw the note.

“More spooky stuff.” He read, grinning. “Got it, milady.”

She held it, she was the host, so she decided to come earlier.

The Peony had flown to the Gala Party two hours earlier to check the preparations, and Darach certainly did not disappoint in making the ballroom spooky and luxurious at the same time.

The Peony was embarrassed to admit that she had difficulty getting a costume together for her. Since she was the host she needed something that would turn people’s eyes, even employing the help of Princess Luiza and Ati Inienn to help with Spooktober costumes. 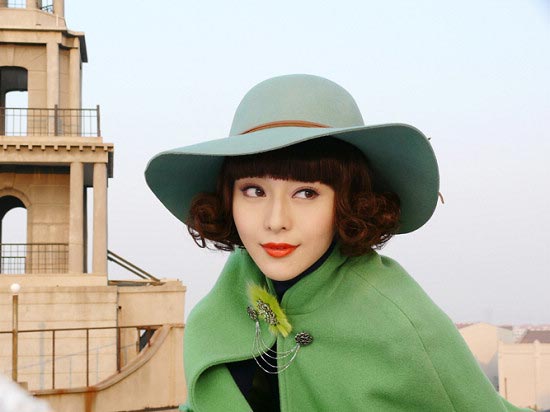 She ended up coming as a character in a movie she saw. Madame Chang, a socialite in Hai Men that was a famous and flighty matchmaker. It was pretty tame compared to her ceremonial and imperial garments, but it was a far cry from what she would usually wear.

So she did arrive earlier as her entourage and friends was still in the city preparing themselves and their costumes. The Peony looked around again and seeing the ballroom with Caitlin by her side taking final adjustments for the event.

She felt everything was prepared for a very… spooky, celebration.

Despite all the chaos of late in the region, Empress Hestia of Pax Dracon couldn’t be happier to have gotten the invitation from one she considered a friend. While some of the more reactionary-minded traditionalists in Pax Dracon would no doubt deride this gala as a blasphemous appropriation of the harvest festivals and a celebration of heathen superstitions across the sea, they were oft outnumbered and silenced by the vast majority of the populace. 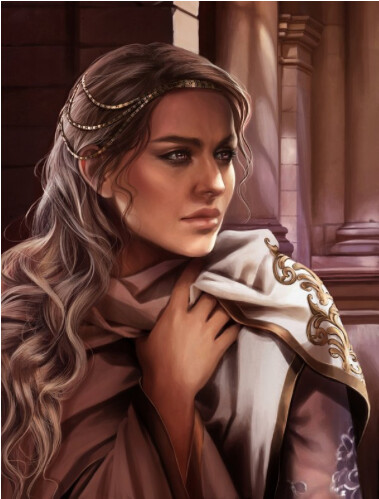 The Empress herself quite enjoyed this time of year herself. She had oft remarked to her children that there always seemed to be a sweetness on the wind, carried in by the sea. ‘That so many delightful holidays and festivals coincided with this month was merely an added bonus,’ she mused to herself as she stepped off the plane, accompanied by a number of attendants to ensure her appearance was en pointe as always.

Quickly finishing off a rather excited text to the Peony before tucking her phone away in her robes, Hestia smiled as she made her way into her hotel room not far from the gala. She was certain that her colleagues from around the region would quite enjoy the costume she had tucked away in one of the many cases her entourage set down.

The one who leads the Empire of Firmus, Firmus himself, came to the party with his high council. And their costumes were looking like this: 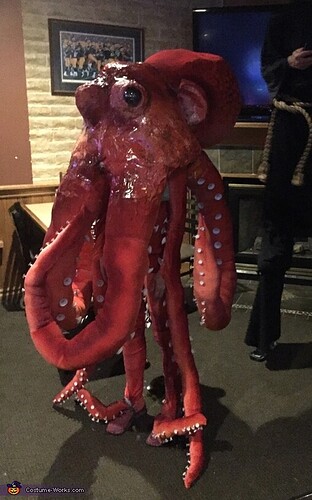 Garek Nobel smiled as he looked out the window of his private plane and then to his invitation. He was mildly surprised to receive the invitation, but not alone as the rest of the TCC leadership received invitiations as well. He had hoped to be the only one from the Confederacy to attend, but with so many receiving an invitation, he worried that they would steal the limelight from him. Fortunately for Garek, his rivals in Higurashi and Clocktown had a mountain of work to attend the gala, leaving only his Pro-Ryccian and Pro-Izaakian rivals seeking to attend the gala. Those two were easy to pit against one another to distract them from attending. Garek then simply reignited one their many trade disputes and left the region as the two pointed fingers at each other. As an added bonus for Garek, the dispute also added to workload of his rivals in Clocktown and Higurashi ensuring they not get in his way.

Now that he had accomplished his small scheme to be the sole attendee from the Termina Commerce Confederacy, He relaxed and readied himself for the party. He had heard that the party was to be a costume party, but he had no intention of dressing up in a costumed monster or animal. Instead he would go as himself, after all who wouldn’t want to dress up as a billionaire philanthropist?

Jerrik Edenbridge was happy, if somewhat uncomfortable, being at such a wonderful gala. He had gone in Rico Strombour’s place due to the swaths of controversy surrounding the President. There were a great many Yttrians who wanted him to become the next President, but he didn’t want that. He wanted to be the voice of the people, not their leader. He shook his head. Now was a time for celebration and fun, not inner contemplation. 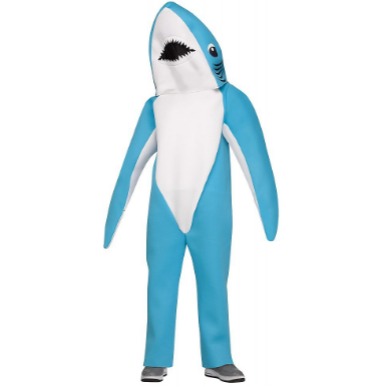 After a lot of thought, he decided to wear a shark costume as an homage to Yttria’s national animal, and the reverence they hold for it. While not a fan of the over-capitalization of holidays, has always enjoyed seeing families having fun and children running around, grinning ear to ear. He moves on to talk with some of the other guests. He finds it lovely getting to meet leaders, even if he isn’t one himself.

Callista Green would arrive with style. She insisted upon it at all times of course, as any respectable gentlelady would, but it was especially important at events where she wasn’t strictly “invited” or “welcome”. Fortunately, she did have an invitation on hand. She had swiped it, as usual, from the mail lady’s basket while she was erm… distracted. Don’t worry, those Axio-whatever hippies won’t miss it.

But her somewhat illicit arrival did warrant the use of rather an elaborate disguise (and besides, what’s more alluring than a mysterious figure at a costume party?). Today, she was not Callista Green, self-proclaimed investigative reporter and general nuisance to foreign figures, she was Cass Love, gunslinger, drifter, and thief extraordinaire. 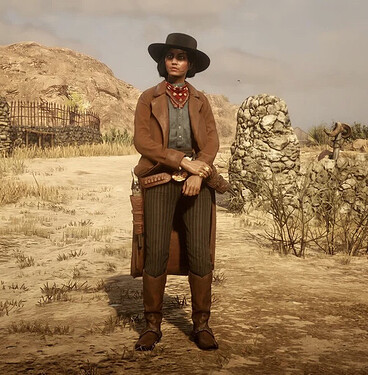 It was night by the time she arrived, all the better for a final flourish. She walked through the open doors like she’d surpassed the creaky batwing doors of an old saloon. Hat low, toothpick between her charming grin, this was Cass Love’s night. And ain’t nothing stopping her from having a good one.

As Firmus himself sees him, he says “Fish?” and greets him joyfully.

Ati Innienn, the daughter of Sedunnic president Vimmru Innienn, simply loved her costume. It had been designed and crafted in a joint venture by a student association of the Grovne Academy of Dramatic Arts and Grovne Polytechnic. It was a complicated and quite large contraction that required three people to assemble it around Ati, which meant that costume had to be ready before leaving Sedunn. Therefore, only a decently spacious helicopter would do.

As the transport helicopter from the Sedunnic Navy landed near Café Sonata, Ati was proud to learn that she was actually carrying out the first dinosaur airborne assault ever, as the pilot would call it.

Eagerly, she went straight to the parking garage to try it out. 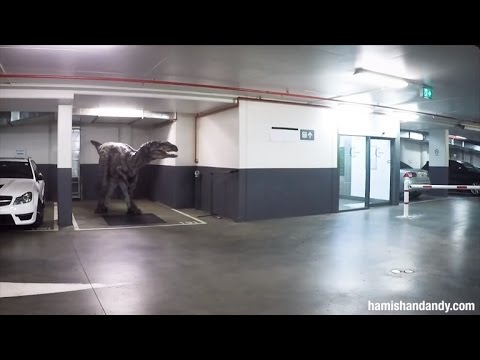 Jerrik Edenbridge eagerly picks up a conversation with Firmus, who’s wearing an absolutely stunning costume. It’s a great opportunity for political figures to get to know each other and have fun.

While no actual Ikaranarean officials showed up, there was royalty there. Veralmark, or in Austral, Princess Xala Bastos of Ranaras showed up in an elaborate costume, based on a popular Pasten book from the end of the Great War- “Dance of the Sun and Moon” which detailed the story of the forces of Day and Night reconciling after the Five Thousand Years’ War- a direct reference to the Great War, except that there were no winners. She went as The Sun Maiden, Solisha, one of the two main characters. Her dress was bright shades of orange, like described in the book, and at her side she wore a matching red bag, with an orb in it that when turned on flickered like fire, based on The Sun Maiden’s Orb of Flickering Lights which allowed her to communicate with the Sun Goddess. 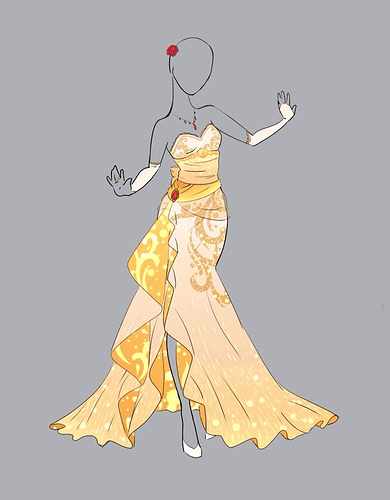 Her cousin, Peralmark, or Prince Brennas Alkos of Ikarn, stood beside her, in mock military attention, in costume of a Moon Soldier from the same book, carrying an obviously fake rifle. His all-white uniform contrasted with her many mixed colors.

The two were glad to be at such an extravagent event, and while they didn’t get their cousins in Narus to join them, they were still exited to talk to the other esteemed guests.

Valentinos Antonides was joyful when he received the invitation to the galla. Perfect chance to relax and meet leaders from all around the south pacific. But he had one problem: he didn’t know what to wear. But his son came to help there. He’d recently played a videogame called “Metal gear rising Revengence” and begged his father to dress up as a character from it. Valentinos decided to make his son happy so he did. 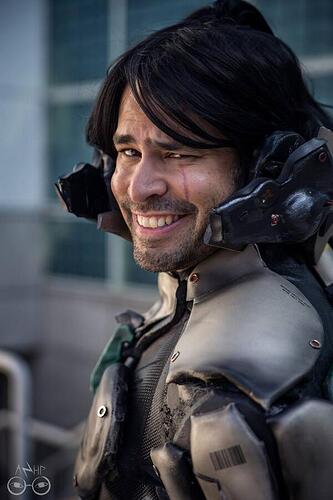 He liked his costume, mostly because it made his son happy. He spent his time at the Galla talking with basically everyone, watching out to avoid the Ryccians tho. Old hatered dies hard. He enjoyed the Peoni’s presence the most of all.

As the hour of the gala drew near, Hestia would not be far away, strutting forward through the doors with the confidence of a university valedictorian to reveal her get-up. From the well-laid out and carefully measured plates, it would seem that the Empress was a fan of one of the more recently released fantasy programs on the air. 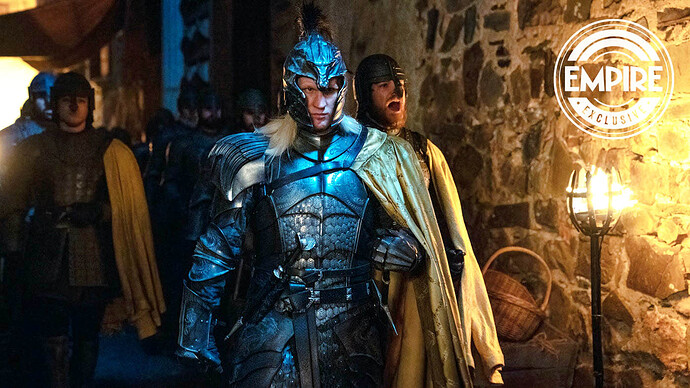 “Sorry I’m late! The gorget didn’t seem willing to buckle down for a few moments…” She grinned sheepishly beneath her helmet, but still managed to throw the cloak back with a dramatic flourish.