Shirovskvagonzavod is a Military Industrial Complex, part of the ShVZ concern of the Gostec State Corporation. It is responsible for the production of Military equipment, especially Vehicles and Artillery units. It also manufactures tractors, combines, and trains. It is considered to be among the best of Kliegmean Military Complexes, with exports to over 9 countries around the world. 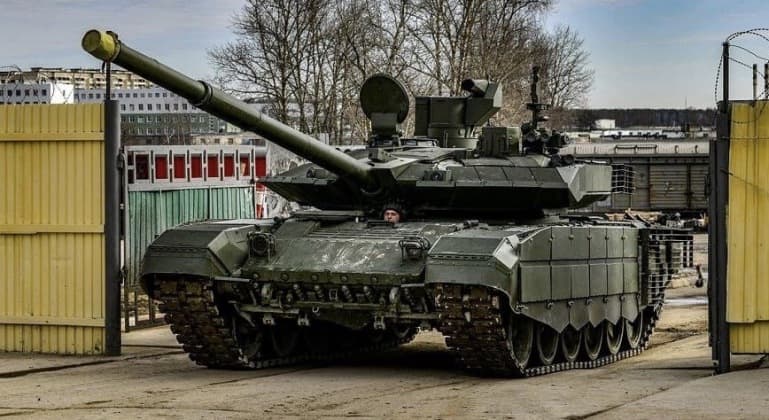 The T-18 Line, developed by the ShVZ subsidary BAZ in 1998, has proven to be a valuable asset to the Kliegmean Armed Forces. However, like all Military assets, it faced the test of time. In 2016, the Modernised version of the T-18, based on the scrapped, but promising results of “Object 298”, was revealed to the public. The T-18 were to be fitted with a more effective, and accurate 2A46M-5 Cannon, fitted with a dynamic MRS, providing more accurate data. This also allows for the Tank to fire Anti-Tank Guided Missiles, which tracks targets based on the Tank’s FCS. The Gun isn’t the only thing different however, The “KN-5M” Fire Control System has been installed with integrated combat information and control systems. A Remote Weapon System, the “RV-56-127” has been installed to provide Anti-Air Fire, or provide Fire Support.

The T-18, despite its effectiveness, had weak points. Such as its tendency to explode when it gets hit and penetrated. The R&D team, after researching on this issue, concluded that while the Carousel Autoloader system it has been using isn’t the main issue(in fact, its relatively safe when the tank gets hit, due to it being located in the inner, lower area of the chassis), The sporadically-located reserve shells catching fire, and carrying that damage over to the Carousel was. Thus, the T-18B Model’s reserve shells were relocated into more protected locations. This isn’t it for the Advancement in Survivability of the Tank.

The Turret was slightly Enlarged to allow for not only new sensors and cannons, but also to fit thicker armour. The original “Kaktus-5” ERA Suite has been replaced with the “Ouro” ERA Suite, capable of protecting against even Tandem, and reducing APFSDS penetration by 50%. The “Hinoto” Countermeasure Suite, fitted with active infrared Jammers, laser warning recievers, smoke grenade discharging system, and the Nadeyatsya Signal Reducing System, topped with a computerised control, has been applied to the T-18B.

Finally, its engine has been replaced with a 1130hp V-92SF Diesel Engine, boosting its maximum speed to 62km/h.
Production for the T-18B has been active, with the First Batch of the T-18B being delivered to the 3rd Guards Tank Brigade in 2018. It has replaced or reinforced most Armoured Units in the Kliegmean Army by 2022. 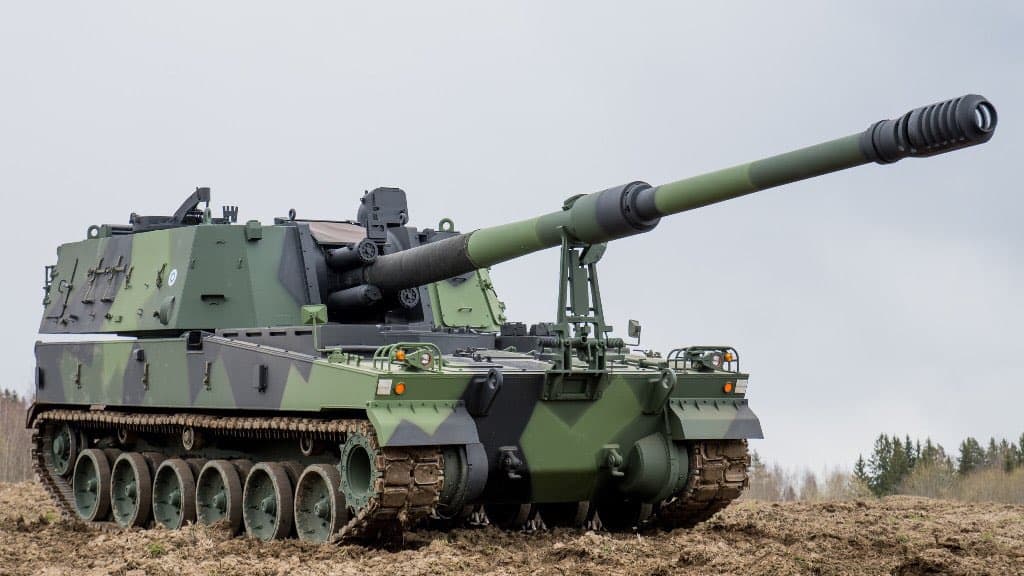 The KL-17 was developed to accelerate the mechanization process of the Kliegmean Army. It is based on the 2A65 155mm 52 calibre Itrysh-B Howitzer, adding to it a Modernized FCS. Due to the Armament, it is capable for the KL-17 to hit targerts that are 54 km away or more.

It was developed with the achievement of maximum firepower in the shortest time in mind, allowing it to use a MRSI mode, which utilizes the KL-17’s semi-automatic feeding system, fire control system, and the Battalion Tactical Command System (BTCS), to achieve a maximum burst rate of fire of three rounds in 15 seconds. A reduced rate of fire of six to eight rpm can be achieved for three minutes. A rate of fire of two to three rpm can be sustained after emptying all ammunition in the bustle rack. The vehicle can shoot and scoot, and be ready to fire in 30 seconds when stationary or one minute if moving. After firing, it can relocate to a new position in 30 seconds, to increase survivability from enemy counter-battery attacks.

The KL-17 has both manual (mechanical and optical) and automatic (electronic) fire control systems. The manual fire control system is similar to that of KL-8, while the AFCS consists largely of a system controller, display, a shooting controller with a built-in ballistic program, a communication processor, and a power controller, and serves as an interface between the operator and the machine. Various electronic control devices such as positioning devices, gun & turret driving systems, ammunition transports, trigger devices, gun temperature sensors, and radios are interlinked to achieve automation. The AFCS uses ballistic programs and muzzle velocity sensors to calculate firing data on its own, as well as to receive shooting commands via data and voice communication from the BTCS. The FCS is the first of its kind in that it can calculate weather measurements by altitude, thus providing more precise shooting specifications.

The KL-17 is the Best Seller of the ShVZ Concern, with many countries purchasing KL-17 from Kliegme. The Main APC used for the Kliegmean Armed Forces and the National Guard, The BTR-8 is developed to equip mechanized units. It differs from the previous Kliegmean designs mostly in the layout, with the driver’s and commander’s compartment at the front part of the hull, the engine and transmission compartment in the middle, and the troop compartment at the rear.

The BTR-8 is designed with Flexibility in mind, as the changed layout makes it easier to adapt the vehicle to specialized roles. It currently has 3 turret modules. the Pater module, which is equipped with a 30mm Autocannon, a 40mm automatic Grenade Launcher, 2 Anti-Tank Missiles, and 1 coaxial 7.62mm Machine gun; the Arius module, equipped with a 120mm Mortar and 1 coaxial 7.62mm machine gun; and the Justina module, equipped with a 30mm Autocannon, 4 Anti-Tank Missiles, and 1 12.8mm Machine gun, 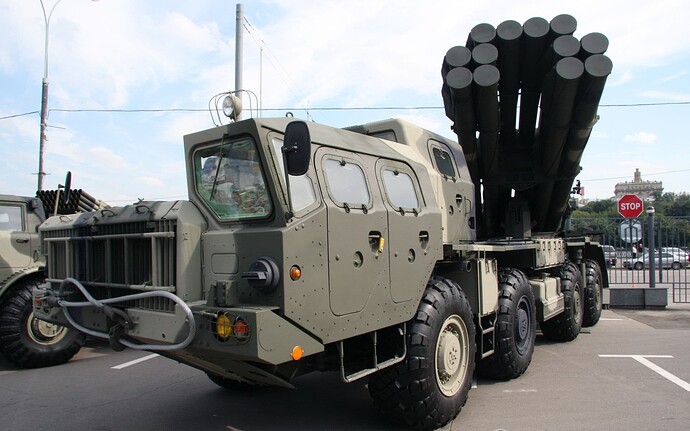 The BM-30 is a unique Multiple Rocket Launcher, as it is equipped to launch twelve 300mm Rockets, which is considered to be the biggest among Rocket Ammunition. The system is intended to defeat personnel, armored, and soft targets in concentration areas, artillery batteries, command posts and ammuniton depots.

A Major feature of the BM-30 is its versatility, capable of using a wide variety of rockets, ranging from High-Explosive Fragmentation, to Thermobaric. It is also capable of launching Guided Rockets, if it fits the BM-30.

One of its selling points is its agility, capable of launching all 12 rockets in 38 seconds, and capable of leaving the area after firing in 2 minutes. It takes 20 minutes to reload, which is the fastest among Kliegmean MRLs.

Another is its elaborate FCS, using a similar system used from the KL-17, such as the inclusion of a built-in ballistic program, Various electronic control devices such as launcher positioning systems, ammunition transports, trigger devices, wind calculators, and interlinked radios. It also uses the Vera-3 System, which calculates weather measurements by altitude, thus providing more precise shooting specifications.