Based off an old thread in the old forums: WAR! [Non-Canon]

DISCLAIMER: THIS ROLEPLAY IS NOT CANON, EVEN THOUGH IT HAS THE SAME RULES AS A CANON ROLEPLAY.

The World Forum has declared that every nation in the South Pacific will enter a wartime state between each other universally and unconditionally immediately.

Ikaranara’s official name is now the Federated Empires of Ikarn, Narus, Ranaras and Pastrala. A few days ago, Past requested annexation by Ikaranara, and all members of the Pasten Liberation Army have been integrated into the Ikaranarean Armed Forces. The NA and Garovo Alertz have passed conscription. Despite wartime measures, the Ikaranarean government has stated that “Ikaranara does not plan on declaring war on any nation, as it is not bound to the ‘foolish conduct’ of the dishonorable World Forum.”

Union Forces in Spiras have begun to move south to the Occupation Zone, as the 1st Fleet is deployed around Spiras.

Huawan have reannexed Songren and the east. Valkyria and Hystaiga are also now under the Peonic Commonwealth. It now moves south. The Peony orders the quick conscription

Arnchow takes control of northern Bailtem and CBR after a coup by the Dragon League.

Besern can I be added back now?

The United States of Izaakia appears shocked that the WF did something, and was caught unaware of the declaration.

Rhayna raises all defenses to the south and north in vision of sudden annexation by their former allies, as the LoC starts to break down.

Rhayna will enter a state of maximum defense, and a national statement was made to the entire population:

"Rhaynans, the world order has fallen. But we will not allow our lands to become of others animals that call themselves presidents. Rhayna isn’t our land, but ourselves, and Rhayna exists because we occupy this land that is rightfully ours, the land of every man, woman, children and elder.

The government will not take any retaliation against any Rhaynan that attacks a person that isn’t one of us, and we will allow Rhaynans to use ANY measure to protect their family, and their ownings.

May the Gods that one helped us thousands of years ago to thrive in the barren land we made our Home protect us, and support Rhaynans for a peaceful future.

Long Life Us All, may the Gods be on our side."

Later in the day the government was seen givings weapons to the citizens and teaching them war tactics.

On second thought, I’ll be opting Esfalsa and the CBR out.

@Besern here’s your notification as requested

The Rhaynan government removes past limitations on petrol and natural gas extraction, as Néa-gyan and Alla-gyan industrial manufacturers get overwhelmed with the construction of troop vehicles and anti-air weapons.

Huawan invades south in a blitz taking over the central south en route to Techganet. After taking the CBR and installing a puppet government. Arnchow advances north to the rainbow isles.

The Peony proclaims the revival of Rex Paeonica, “bow down to our might!” 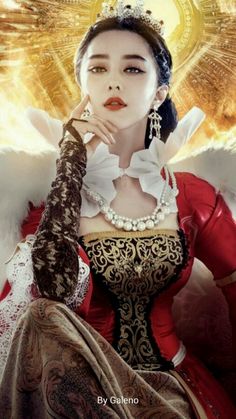 The nations of Yttria and Izaakia have formed an armistice

The government of Rhayna, while being moved to the city of Ypsilós in inner Alla-gy, has congratulated the CBR for doing the right decision to stand out against its invasors instead of being one of them.

Union Forces have met Frost Occupation Forces and have begun to engage the Foreign Occupiers.

Noting the recent WF announcement. Huawan proclaims that the WF does not have the authority to have everyone declare war on each other. The Peony is known to have Huawan neutral and complete security of the Peonic Commonwealth.

“May your hands be bloodied, for we shall be clean and stand strong against these tests of time.”

@besern I’m opting back out