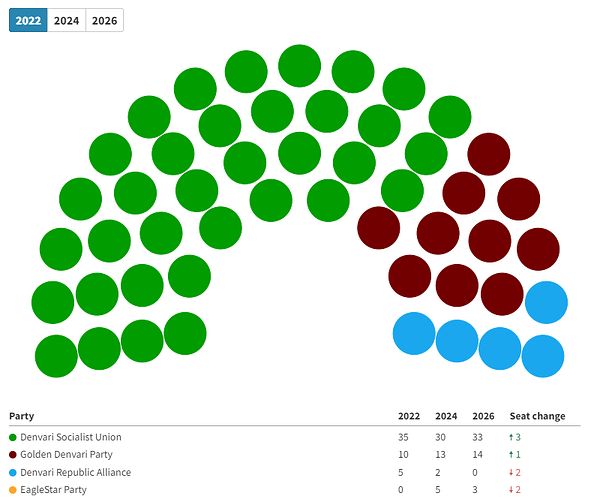 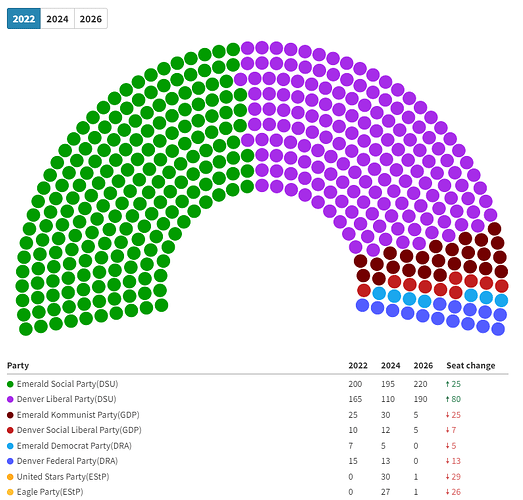 Majority Leader Johnson: “Members Of The Senate, Today we will confirm Galen K. Hughes As Prime Minister for a Second Term. Any Objections to beginning the confirmation process?”

DRA Leader Kellson: “The Denvari Republic Alliance objects to confirming the vote, especially regarding PM Hughes and his recent “actions” that apparently called for the complete destruction of our party. I say we hold a snap election with new candidates and impeach PM Hughes on accounts of Intents to intervene in the political process.”

Minority Leader Hawk: “I object to Senator Kellsons words, PM Hughes never meant his words, besides, it was a damn tabloid. I motion to begin the Confirmation process.”

Senate President Rivers: “With that, I confirm Galen K. Hughes as Union Prime Minister for a second term and with that, I end today’s session.”