We support and demand that all nuclear arsenals be disarmed. They represent a danger which no one should ever have to experience. Eflad has the goal to sign and ratify the TPNW.
– Minister of Foreign Affairs, Dr. Frank Tæren, 28th June 2022


On October 20th the Foreign Minister and the Prime Minister announced that the Defense Readines Level was raised due to developments in the Ryccio-Doge Landian war. This was the first time in decades that the DEFREL was raised. After the press conference, the PM retreated with her colleague into the halls of the Old House.
What was not seen, was that a couple of hours later, the PM and Minister of Defense were on the ground of Base “Kampau”. Officially, only to see the progress of air defense exercises. Unofficialy, to discuss the protocol of launching nuclear ICBMs. 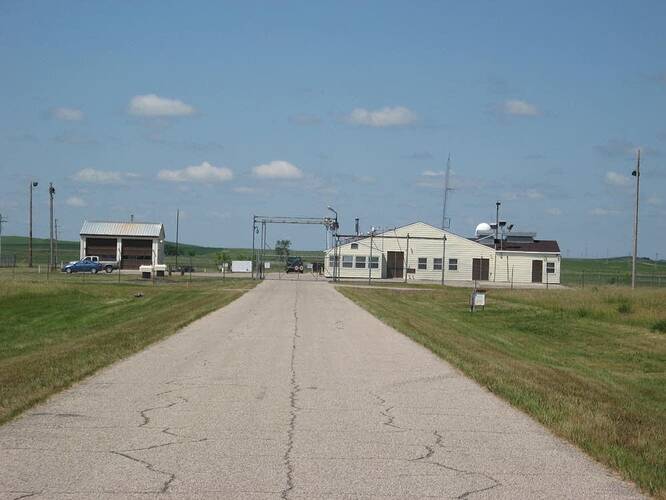 The Government has been avid in supporting the disarmenment of nuclear arsenal. The Efladian Minister of Defense said that since the 1990’s, Eflad had only 20 warheads and since 2010, none at all.
This was a lie. Die Lupe has gained access to classified documents from within the government, that not only has the nuclear arsenal been preserved, but expanded. The highest figures, responsible for serving the public, have been lying to us.
The Government developed a protocol to “protect the public from the nuclear danger.” Falling into this category was also the number and status of nuclear warheads located in Eflad and in Eflads direct property.
Devised in 1966 and revised in 1986, Protocol 3203-75 laid the groundwork for nuclear weapons in Eflad. The then Minister of Defence commissioned several nuclear warheads from abroad. The launcher was built by today’s famous plane engine developer: Riuk Planes. Together with Juto i Rank, which was established with the help of a senior member of the Defence Ministry, they built the “Gelenk” rocket.
After several years, in the 2010’s, further warheads were commissioned by the government in secret deals, expanding Eflads nuclear arsenal by at least 15 rockets.
To be ready for any incoming attack, Eflad imported and refurbished an air defense system, making nuclear rockets an important part of it. Under Conservative Leader Wolfgang Roter, multiple bases were built under the codename “Leise Maus”.
One of these is “Kampau”. Refurbished in 2004, the base, now also consisting of an Air Force squadron, hosts multiple “EOR” rockets. Secretly. 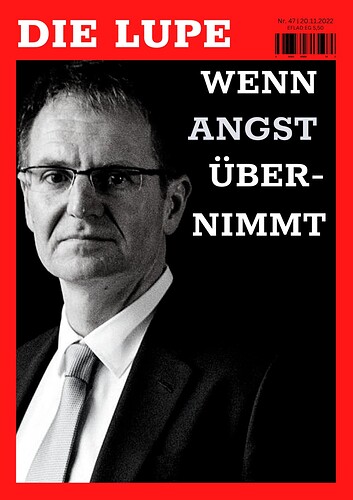 National Security
When fear takes over
How fear can take controll of people, when they are faced by the public, angry for being lied to.

We were protecting the public from the dangers of nuclear weapons. Its as simple as that. We will do what we have to do to ensure the security of our country.
– Minister of Defence, Kasala Gri 19.11.2022

It was the early morning of the 18th. We were all powered by several cups of coffee working on the newest issue, when the PA system rang a bell. It wasn’t long after that we were all standing outside the building, whilst our offices were being turned upside down. Women and men in police uniforms checked every single piece of paper. Even our shopping list for our New Year’s Eve festival was checked for materials “(potentially) dangerous for the national security.”

Although there were around 50 police officers, every important paper went through the hands of one person: GSA Huber. He is the central figure in this fiasco of an investigation. His right-hand-man, the minister of defence, who still thinks that it was right to lie to the public, is keen on holding on to power, at all costs. He is even ready to attack the highest right of the press: the freedom of the press.

In the last couple of days, the political establishment has tried to silence us, it has tried to muzzle us. They have failed. After practically everything was confiscated, our wonderful employees were ready to work from home and to pursue their stories independently. We have managed to print a new issue regardless of the search.

But why was the search conducted?

A couple of days ago, our article about the government lying to the public for decades caused an uproar in the political arena. Panic took over. Fearing the reaction of the public, the state tried to stop the information flow about nuclear weapons. They failed. Then, fear took over. They went after us, those who revealed the truth. This is what happens when fear takes over. They go after those who reveal the truth.

We journalists have a codex. The most important one is: “Truthfulness and respect for human dignity.” We have committed ourselves to reporting the truth. The state is currently trying to suppress us.

We will fight against it, because the right to say the truth is one we are not ready to give up.