A State Owned Armanets Company Dating Back To The Denvari Empire, Centralia Arms Has Produced Nearly Every Piece Of Equipment Used By The Emeraldian Armed Forces, From Rifles to Tanks. 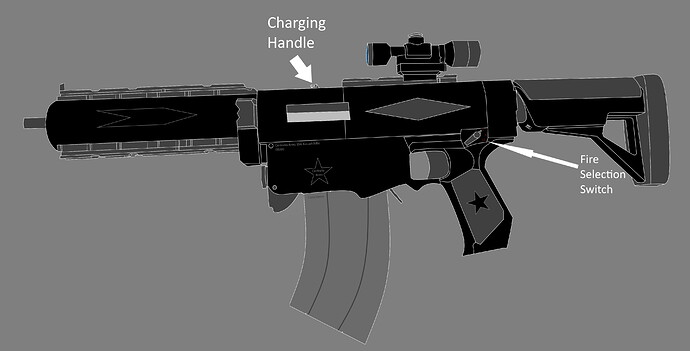 This Model is the most current version of the CE-80 AR, with Differences including better ergonomics, increased accuracy, more customization, and built with higher quality materials.

The So Called CE-20 project was initiated mere months after the commissioning of the CE-19, which had notorious jamming and feeding issues, along with poor accuracy. Centralia Arms, with strict orders by the Ministry Of Defense, managed to fix these issues, along with using more affordable, but still high quality materials, all in a span of a year. When being Commissioned for use by the stated Armed Forces and Branches, the rifle was commissioned as the CE-19A(EAF, CLDF, NCFArF) or the SP-21(SPMC) depending on the country.

The CE-19A Uses a 30 Round Magazine with 2 firing modes, Full Auto and Semi Auto, with a reported 720 Rounds per minute in Full Auto Mode. The Special Forces Variant also Utilizes a 3-round burst mode. It also hosts the Unique Kingston Attachment System, although, civilian and the License Built NA-19(Nova Colradia), use a picatinny rail system instead.

The Rifle first saw combat usage in the Denvari Civil War, where it was praised by Army Infantry for its good Reliability, with the rifle even being used by Nationalist Units. 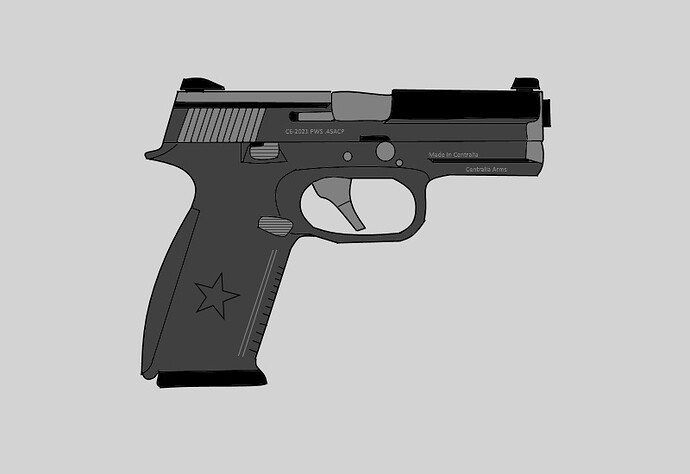 The CE-2021 Uses a 10-Round Magazine with a semi-auto function. There are also full auto variants.

The Pistol first saw combat usage in the Denvari Civil War, where many infantry units reported various jamming, feeding, and breakage issues. This led to many units going back to the CE-1921F. A CE-2021A Project has been announced by Centralia Arms.