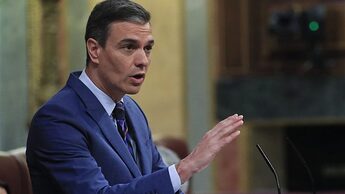 Pedro Areces Garcia, a political moderate who broke all odds by garnering enough votes to become the newest Prime Minister of Cadiz almost four years ago, delivered a statewide message to all Cadisian citizens regarding recent protests concerning the rise of oil prices.

After criteria of a safety inspection weren’t met, authorities shut down the Port of Huelva. The port is the largest source of importing and exporting goods either to or from Cadiz .

A major effect of the port closure has been gasoline prices. Since January 1st, protests have sparked all around the country, mainly in the cities of Ayamonte and Huelva, where citizens have come together to protest against the skyrocket price of gas.

Prime Minister Pedro Areces Garcia delivered what his office called a “statewide message for peace” on Tuesday. The full transcript of the speech is below. >

Cadiz: it is my honor to stand here today delivering a statewide message to the great nation I call home.

However, we have seen violent protests across our nation which has been a bad reputation to our country on the global stage.

In fact, we encourage protesting or the right to dissent. But when these protests turn violent, they go on a whole other level. I am calling for law and order when you go out to protest, but encourage all to stay home.

In regards to the recent violent protests, the Monarchy of Cadiz will be adopting a 8 p.m. UCT curfew that will be placed in effect as of now.

For those concerned about the temporary closure of the Port of Huelva, I can say that we have been cooperating with local authorities and community leaders to get it back open and running. We are unable as of now to set a specific date for its reopening, however, we know it will be in the coming week.

We once again are calling for law, order, safety, and peaceful protest. If that is unable to happen, further actions will be taken. Thank you.

Cañizares, leader of the opposition, responds to Garcia’s address 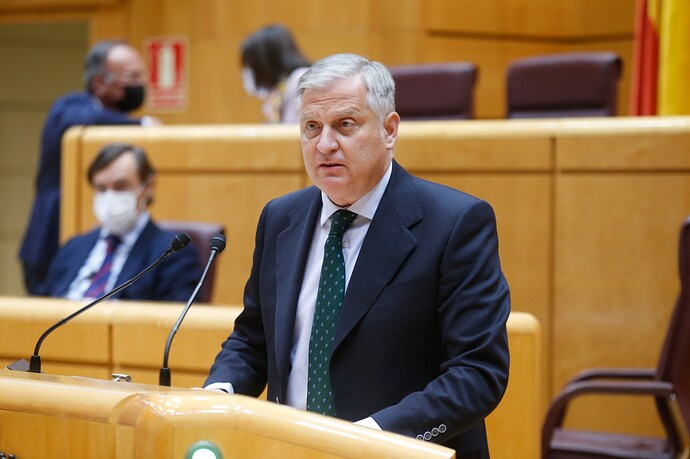 Félix Sanchez Cañizares, the leader of Partido Popular, a far-right party and the opposition in the Cadisian parliament, called Prime Minister Garcia’s address, “full of craziness” and, “deranged.”

The recent address given by Prime Minister Garcia was full of craziness and deranged. While many are being severely injured out on the streets, Prime Minister Garcia sits in his regal governmental retreat in the Oviedos, escaping the madness of Huelva, which is usually a peaceful and serene city.

Furthermore, Whacky Pedro called for law and order but it wasn’t his own party who egged on protestors to keep in the streets practicing their violent ways.

As the leader of the opposition, I encourage each and every one of you to speak out. Now, the average Cadisian cannot fill up their car with gas due to Pedro Areces Garcia’s failures with the Port of Huelva closure. Be real here, Cadiz. It’s Whacky Pedro’s fault!