Map of the South Pacific

I used paint.net for mine. I just import the world map and copy and paste the part of the world i need into a new image

Hello, my application for a claim on the map:

The claim cannot be granted due to you not having a country (anymore).

Same as with Atleopia. Also you tried claiming a plot, someone else claimed before you already.

Please provide a reasoning, why the nation is called “The Nark” or alternatively a more realistic nation name.

Hi, I’d like to swap out my Shibe Islands plot for these two:

I’d like to request please naming changes for Bruuma:

Could you please add the cities New Port, Sivrin, and Forvard in their drawn areas? Also, could you turn the darker blue spots that I added into more water?

The United Kingdom of Isuonene

The Republic of Jakub

change the name of my capital city

You are not eligible for a plot on our map as none of your provided nations is in part of the TSP region.

Done. As for the cities, I’ve decided to leave them as they are since you didn’t use up your contingent of cities in Northern and Southern Andrendia.

The plot 083 is already taken.

Done. I’ve removed Peoria too (which I regretted partially later when I’ve drawn the state borders) so that the addition of Bulowayo wouldn’t break the city limit rule. Therefore all states were added too.
The spelling mistake in Stoinia was fixed.

Plot 140’s already taken. Also I want a solid explanation for adding a “Sud-Datenland”, not only in name, but also looking at your NS page and profile seemingly going to be revering the German Empire and maybe also its successor states, considering a parallel to the “Sudetenland” wants to be drawn here.

What do you use to make these maps?

I unfortunately don’t know out of my head, what the original map creator used to create the map. Former map manager Qwert used Inkscape to edit the maps within his responsibility though. Next to Paint.NET this is also the program popular to use to make maps and other (vector) graphics. I think, there are one or two people, who also use Photoshop or something similar, but normally we all use freeware

plot claim reference Map of the South Pacific - #156 by Ray

Done! Very happy, that you’re back. I hope for a longer, even if on/off, this time around

I’m eligible for claming another plot after 12/19, but is it possible that that second plot not have a capital?

Yes. In that case you may have up to four normal cities portrayed in it.

May I change my resident TSP nation to this nation, please?
https://www.nationstates.net/nation=azertyuiop

This is my thing, requesting to join the Pacifica RP

Link to NationStates nation in the South Pacific*:

Name for your plot*: Humania

Location of capital*: [In Customization] 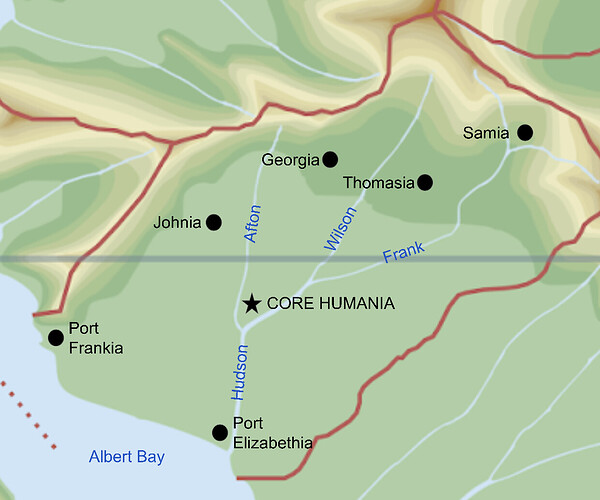 Already owned plot(s)*: None, this is my first claim

I confirm that I have:
[x] read the instructions
[x] the intent to participate in roleplay in the Pacifica canon
[x] made sure that the plot hasn’t been claimed by someone else
[x] given each plot I claim a separate name

I need to ask you to change your nation name.
Omega’s the (colloquial) name for a permanent nation and thus cannot be used.

Can I have my old claims back po?

It’s worth noting that our rules have changed since then — it goes without saying, but make sure you check them out if you haven’t already.

Link to NationStates nation in the South Pacific: NationStates | The Federal Republic of Triveria
Name for your plot: Federal Republic of Triveria
Desired plot: 166
Capital: TRIVERUM CITY
Location of capital: On the river on the coast
Customisation: River name: Triverum River. On the Triverum River on the border between 166 and 165 there should be a city named Adenagas. Somewhere on the river in the northern mountains there should be a city named Torith.

I confirm that I have:
[X] read the instructions
[X] the intent to participate in roleplay in the Pacifica canon
[X] made sure that the plot hasn’t been claimed by someone else
[X] given each plot I claim a separate name

Link to NationStates nation in the South Pacific: nation=chergarria
Name for your plot*: Chergaria/ Empire of Chergaria
Desired plot*: 220
Capital: IMPERIAL CITY OF ALTIRUS
Location of capital*: In the delta river, at the coast
Customisation: (An image as illustration is always appreciated, accompanied by a list that allows copy/paste)
The Capital will be the Imperial City of Altirus
A city in the coast called St. Lyvan
A lake (Called Lake of the Emperor Whillhem 1st) with a little island inside
The river will create a Delta, will be called Zlowice River
A region of plains in the Western borders that it’s called Eastern Leersog
Reduce the mountains to the north western barriers
A little pass between the Mountains called Radeztky Pass
An little archipelago near the coast
Another city in the northern part of the lake, Lingaen.
One last city in the Zlowice River, Ludow.
The image is for reference, but if the editors of the map could create better shapes for the geographical accident it will be great 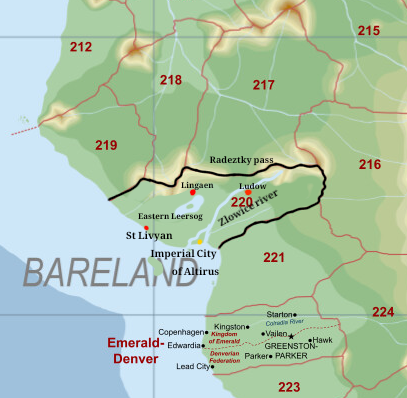 Already owned plot(s)*: No one

I confirm that I have:
[x] read the instructions
[X] the intent to participate in roleplay in the Pacifica canon
[x] made sure that the plot hasn’t been claimed by someone else
[x] given each plot I claim a separate name

220 has already been claimed, sorry, but 221 is still open(or most of Bareland for that matter)

What do you recomend for having a great territorie with pretty barriers and sea coast (I mean when you can have all the 3 plots)
(And if it has a similar shape to that, better) 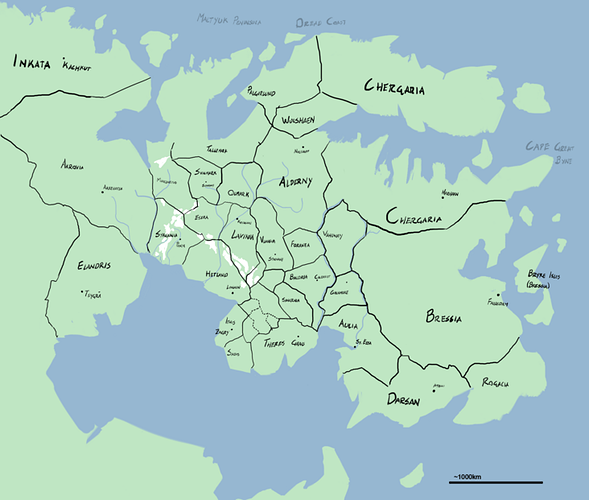